Most of the current range of Ford cars, and some commercials were lined up in a car park in the hills above Chesterfield, and ready to go. 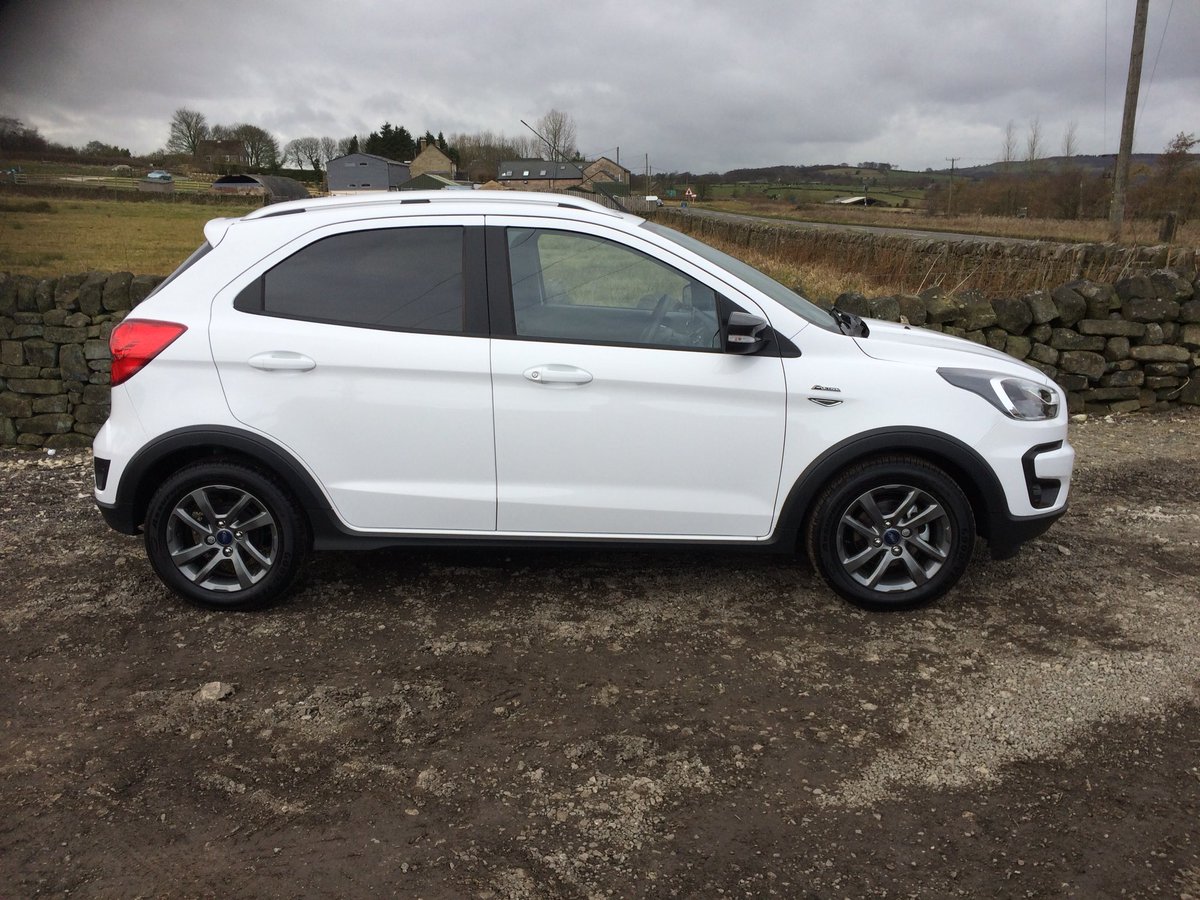 The KA has certainly grown up with this model to the original in both size, and price. It certainly has not been on a diet, and I guess it’s now bigger than the original Ford Escort. To drive it, it does feel like a much larger car than it really is.

The KA+ Active has a good level of standard specification, and rugged bodystyling kit, including silver roof rails and black features.

The KA started its life all those years ago as a small, cheap, run-around, but the new one is so much better, but of course, the price has grown relatively to the size of the car. 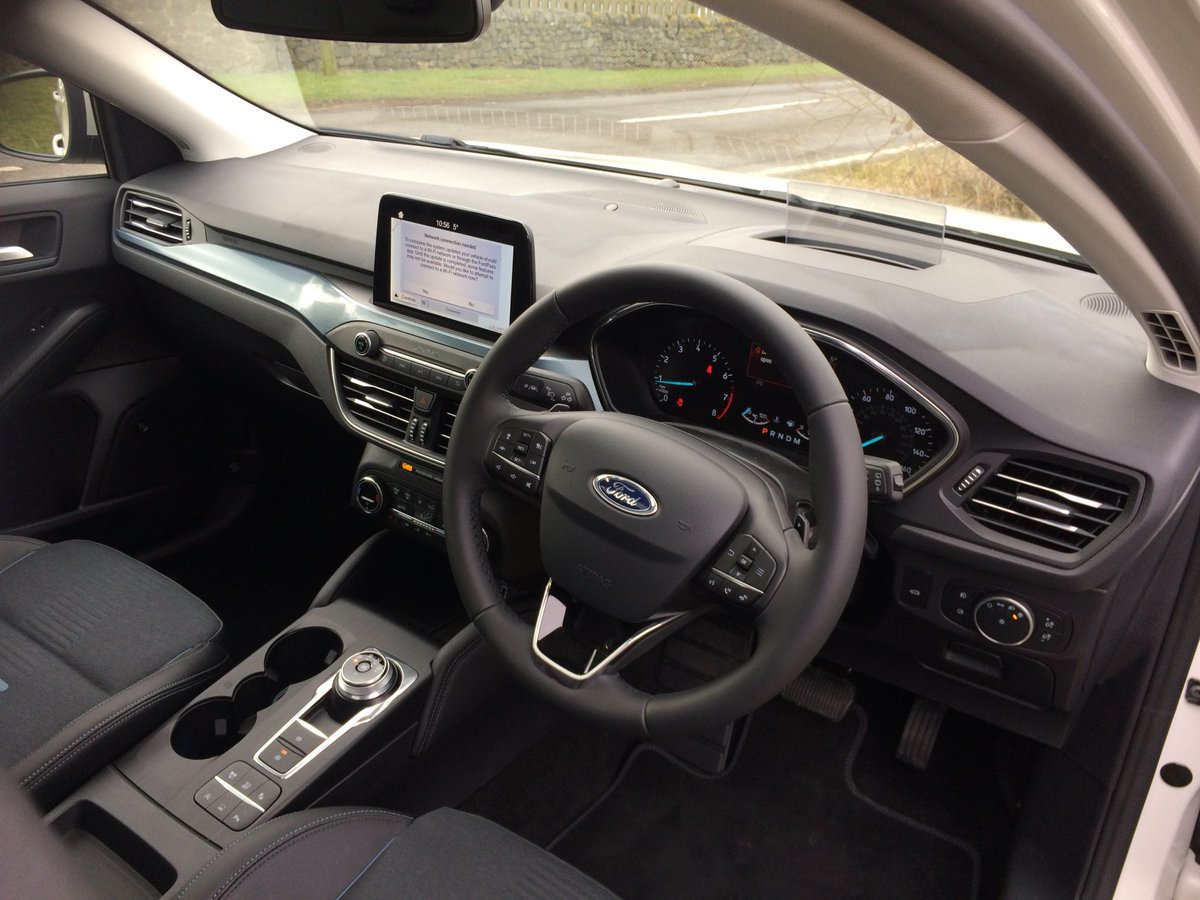 Next to drive was the main event of the day – the Focus Active X Estate. This is a pumped-up version of the new Focus, and is 3cm higher, and has a more chunky and rugged look. It is trying to sit between the traditional wagon, and the ever-popular SUV. It is for those who want the practicality of the estate and the improved looks and ground clearance, but don’t want a SUV. And somehow, it seems to work.

There is a lot of black detailing on the car, such as black roof and mirror caps, wheel arch mouldings and grille. Not only is the Active available in estate, Ford are also offering it in the hatch as well.

The estate I drove in the Peak District was powered by a very smooth 1.5-litre EcoBoost petrol engine that produces 150ps, and goes from 0-62 mph in 9.9 seconds.

The new Focus does look good, and the Active looks even better. The price of the car I drove was £27,450, but put on a few nice options, and the price can easily creep up to over £31,000. 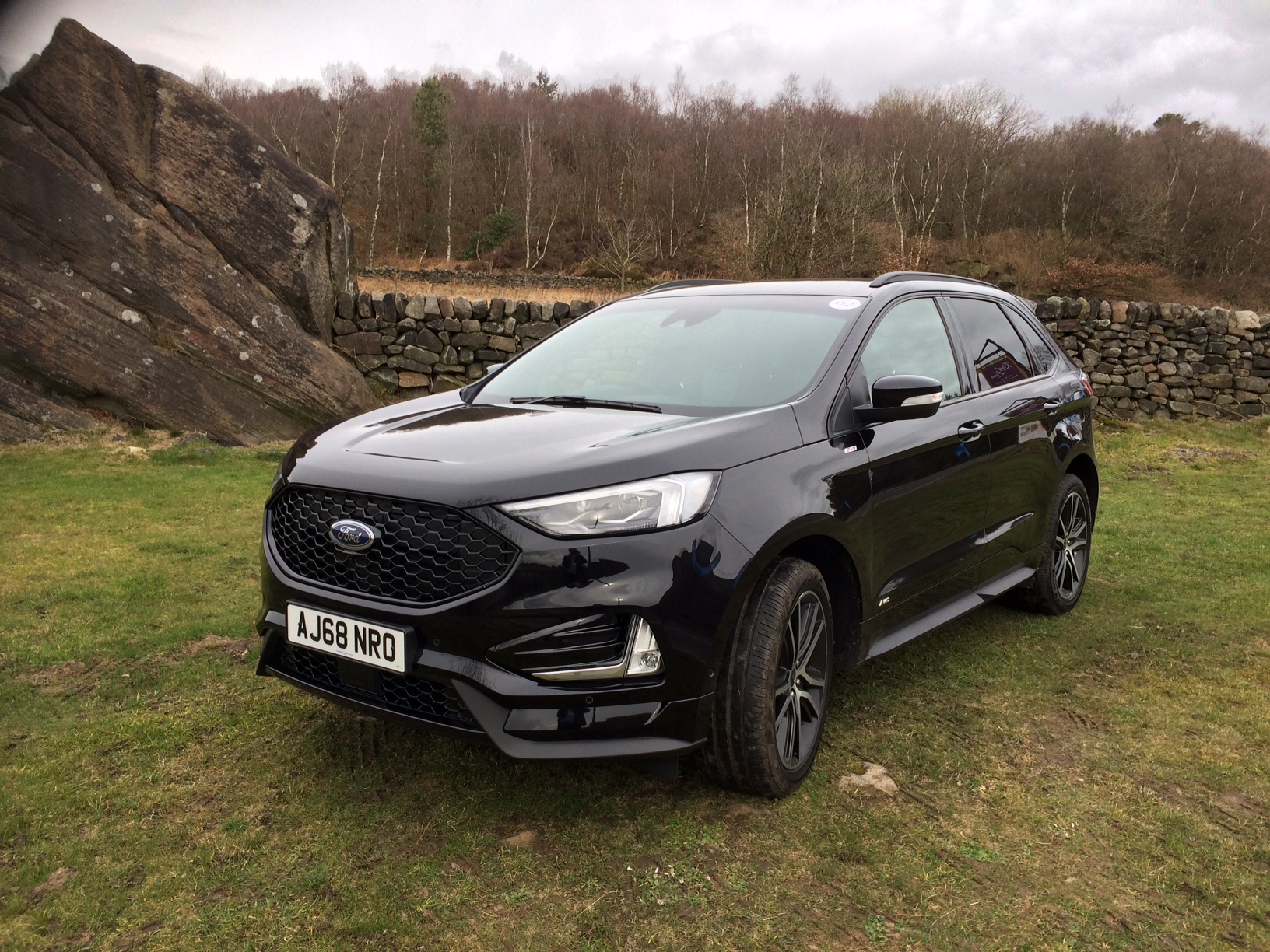 Next on the list to drive was the new Edge, a large SUV, that was actually larger than I thought it was going to be, as I hadn’t driven one before.

This new, and updated model, Ford say has a more premium look and feel, and the materials used in the cabin have been improved. It gets a new bonnet, new bumpers, tailgate and a wider grille that is now more in-keeping with the rest of the Ford range. It also gets new LED lights.

The Edge I drove was the ST-Line 2.0 TDCi EcoBlue 8-speed auto. This diesel engine produces 238 ps and goes from 0-62 mph in 9.6 seconds. The auto box is very smooth, and Ford told us it will skip gears to make it even smoother, and more economical. The price of this ST-Line is £44,995, with a few options. So for the size of the car, and the amount of equipment you get, it didn’t look over-expensive. 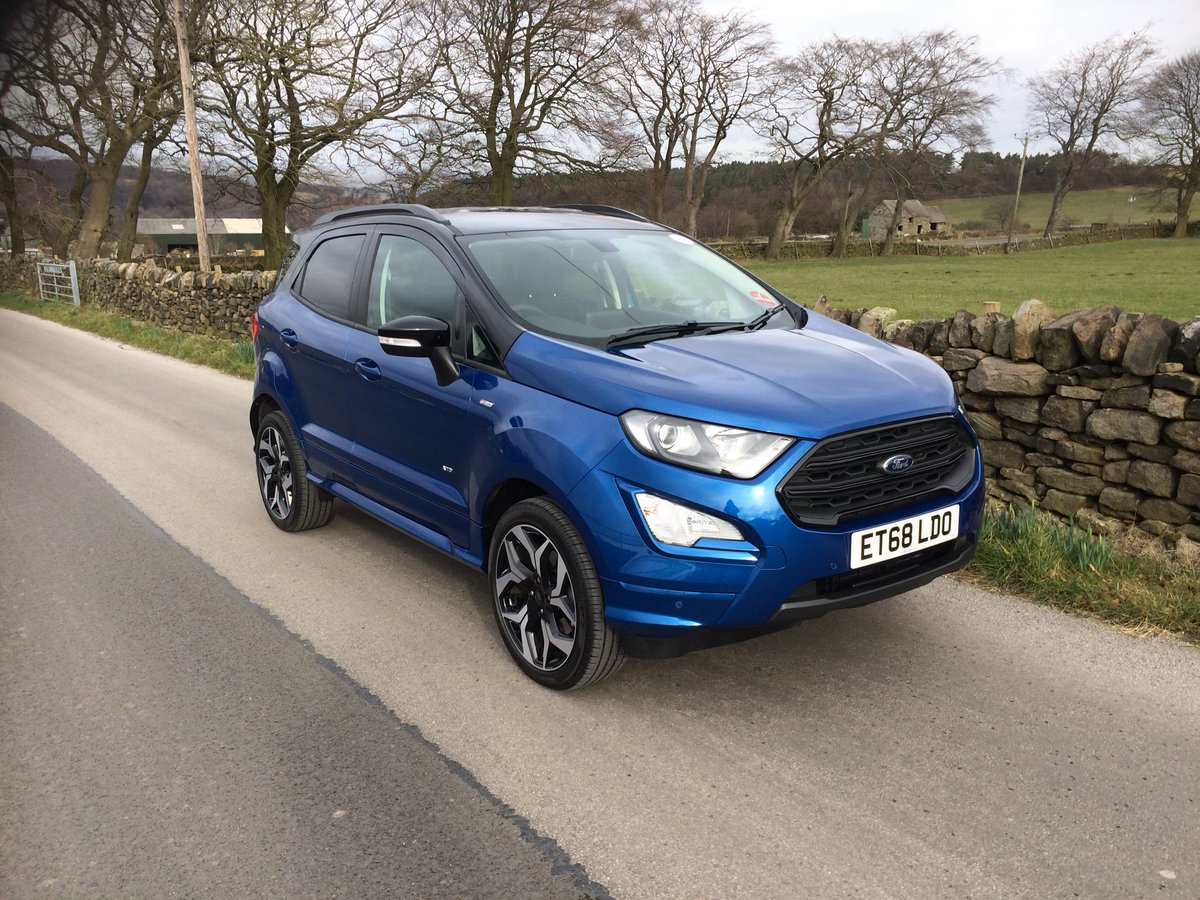 Last but not least was the EcoSport ST-Line, and the first time I have driven this small SUV. The last one I drove, going back a few years, didn’t leave a particularly good memory, and one that has stuck with me. So would this new one be any better. Well, for a start, the spare wheel has disappeared off the rear door, which has to be a good thing, so a positive start. The spare wheel has been replaced with a Tyre Inflation Kit, probably not a good thing, based on a recent problem I have had recently, but you can’t blame Ford for that, and these inflation kits seem to be the way things are going now.

The EcoSport I drove was fitted with a 1.5 EcoBlue TDCi 125 ps coupled to a 6-speed manual, and it is a four-wheel drive. As you got in it, you could actually smell the quality, everything just worked perfectly. The drive over the moors above Chesterfield was so lovely, the views and this little car. Despite its size, you are sat fairly high up, so can see over the dry-stone walls, how pleasant.

But on reflection, it probably isn’t too overpriced, the list of standard spec is as long as your arm, and 4WD too, so in reality I suppose about right, just a bit of a shock to see that sheet.

A good day in the Peak District, and nice to catch up with the latest models from Ford