This new five-door Gran-Turismo, fastback has gone from concept to production in only two-years. It was originally shown at the Geneva motor show in March 2015. The concept has hardly been changed, and so from the ‘Sport Coupe Concept GTE’ the Arteon has now been born.

We landed at Hannover airport, stayed overnight and the following morning got into our Arteon. First was the 2.0-litre petrol which produces 280ps, coupled to a 7-speed DSG automatic gearbox. It was a really nice smooth engine and silky smooth gear-change. We set off to test this all-new car and some of its latest technology.

The Arteon could be described as the replacement for the Passat CC, but Volkswagen don’t really see it like that, it is in fact their new flagship model, although some will need convincing of that. 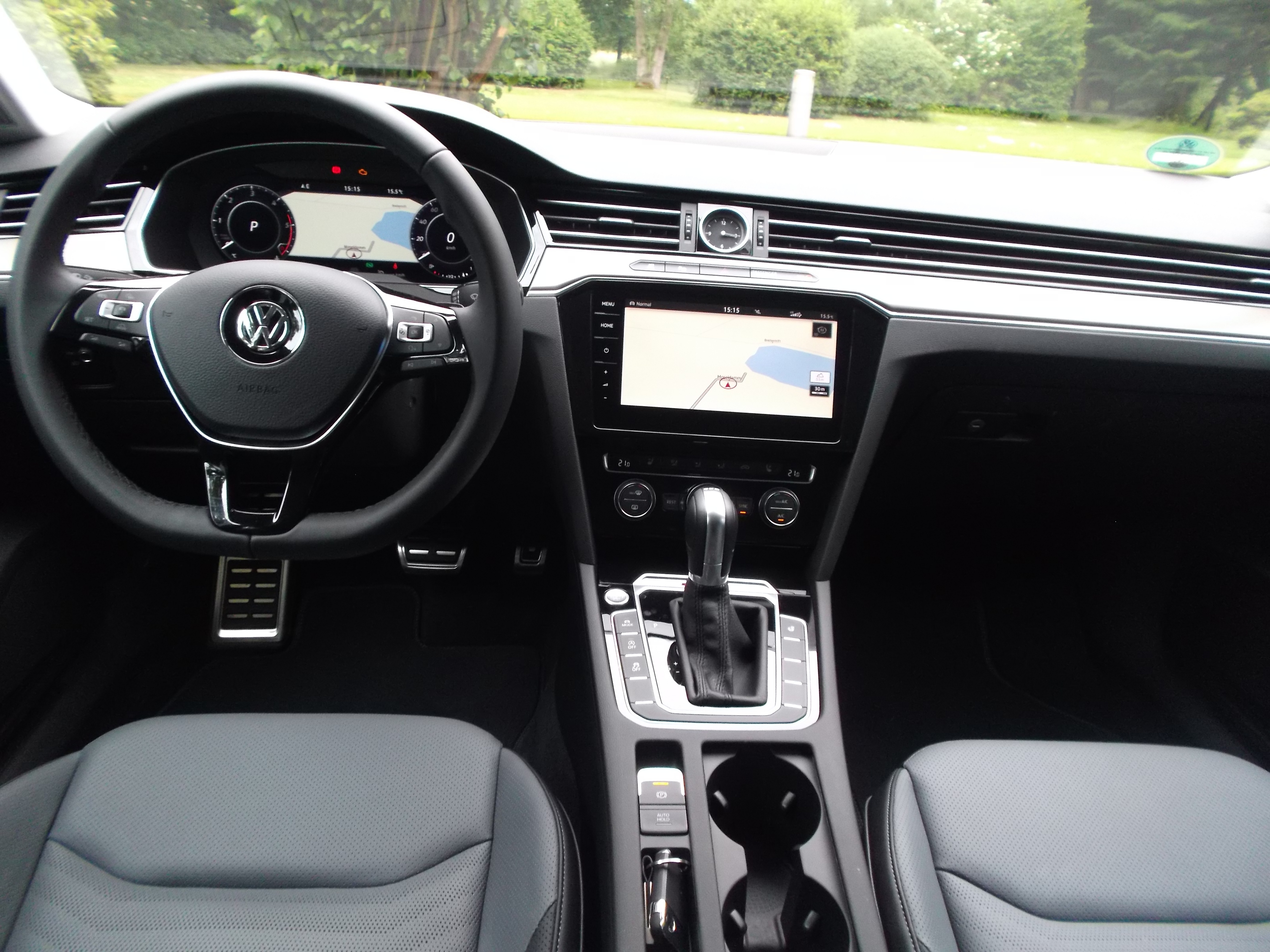 Before we set of out onto the roads around Hannover we had a brief introduction to the new technology on-board and how to use it, there was so much that you couldn’t really take it in but during the course of the day, we would get to use some of it.

The Arteon is 4,862mm in length, compared to a Passat saloon at 4,797mm. It is 1,871mm wide and has a height of 1,427mm and a wheelbase of 2,841mm, which gives it plenty of room in the cabin. Rear legroom is excellent, though not quite up to Skoda Superb standards, but not far off. The boot is huge, you could easily fit in four large suitcases and other things too. Another positive is that with it being a hatchback with folding rear seats it has a van-like loading area behind the front seats, if needed.

Taking a look at the on-board wizardry and gadgets – we got the opportunity to use some of them, after listening to the brief description in the press conference we felt capable of operating some of them. We pressed a button on the left hand side of the steering wheel and a green light shone near the speedo, we had lift-off. This simple press of a button, starts a whole load of things. It recognises speed limits, not from road signs, but from the satellite-navigation and road-data. As you approach a village, it knows you are approaching a village with say a 30kph limit and the car slows you down in time. When you are about to start going out of the area and the speed limit changes, then the car speeds up to that speed. But if there is a vehicle in front going slower than the speed limit, the Arteon just tucks in behind it and stays at a safe distance behind it. 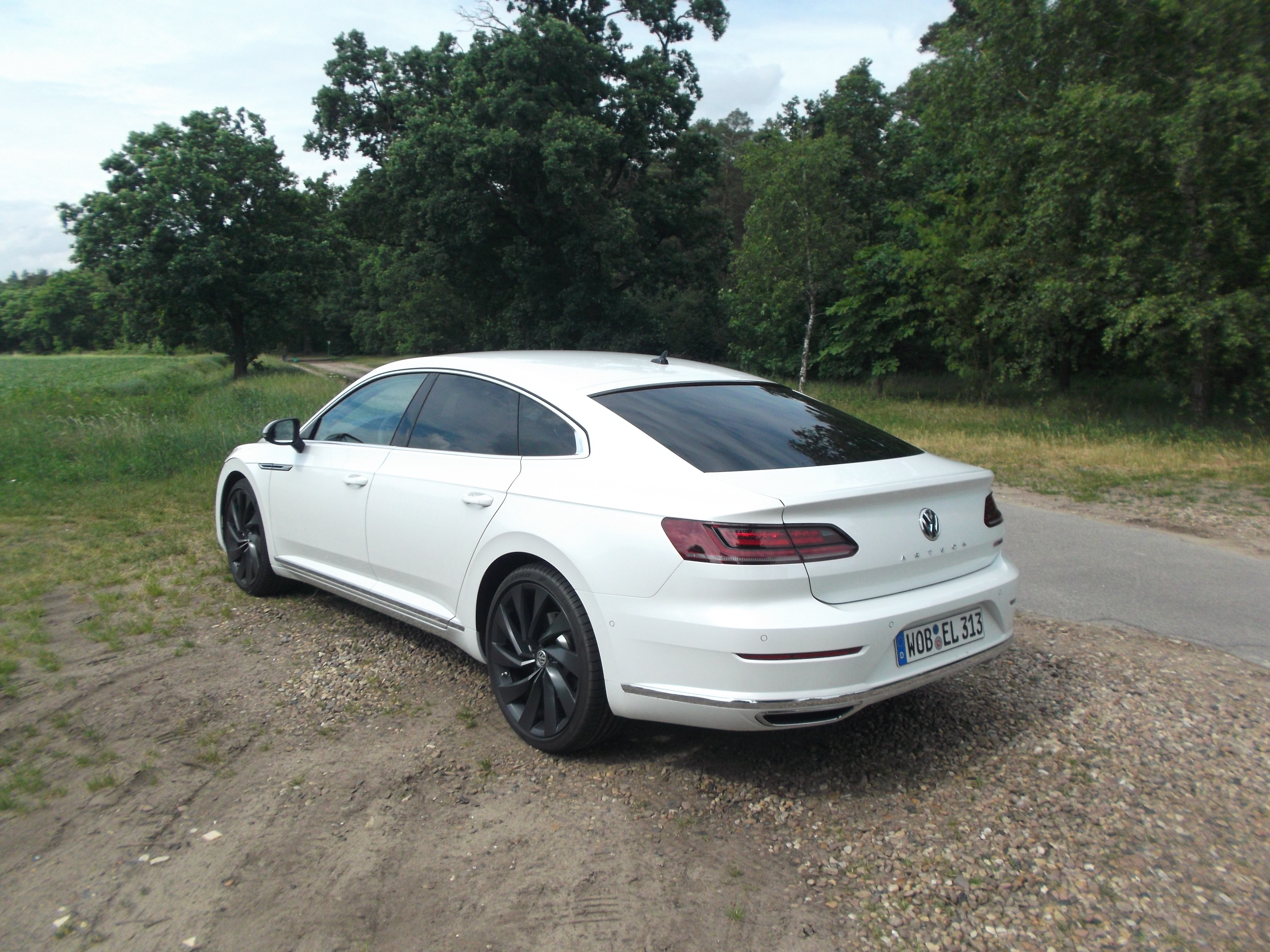 If you think that’s clever, well wait till you try the ‘self-steering’ system. So you press the button, get the green light and the car follows the car in front, recognises speed limits and steers itself, providing there are white lines to follow. You can take your hands off the steering wheel and it does everything for you, for a short time, as you still have to hold the steering wheel every few seconds so the car knows you are still there. If you don’t hold the wheel, then you get some loud ‘beeps’ until you regain control. If you don’t hold the wheel, then the car gives you a short movement from left to right, and right to left, and if that doesn’t wake you up, then the seat belt pulls on you and if that doesn’t work, then the car slowly pulls up to a standstill in a safe way and puts the hazard warning lights on.

After a break for lunch we got into the diesel version a 2.0-litre TDI 240ps again coupled to a 7-speed DSG. A very popular engine in other Volkswagen models and there is no reason why this shouldn’t be any different, assuming that diesel sales don’t fade away over the coming years, in favour of petrol.

We drove a few kilometres on some great roads North of Hannover, then onto the Autobahn where the speed is derestricted, well it was for a short time, until we hit massive traffic problems. But this gave us chance to try the ‘Traffic-Jam-Assist’ and how good is that? – press the button again, get the green light and the Arteon just follows the car in front, when it stops, you stop, when it starts moving, you start moving and you don’t have to steer it either. It is as fully automatic in these conditions as you could want, absolutely brilliant. 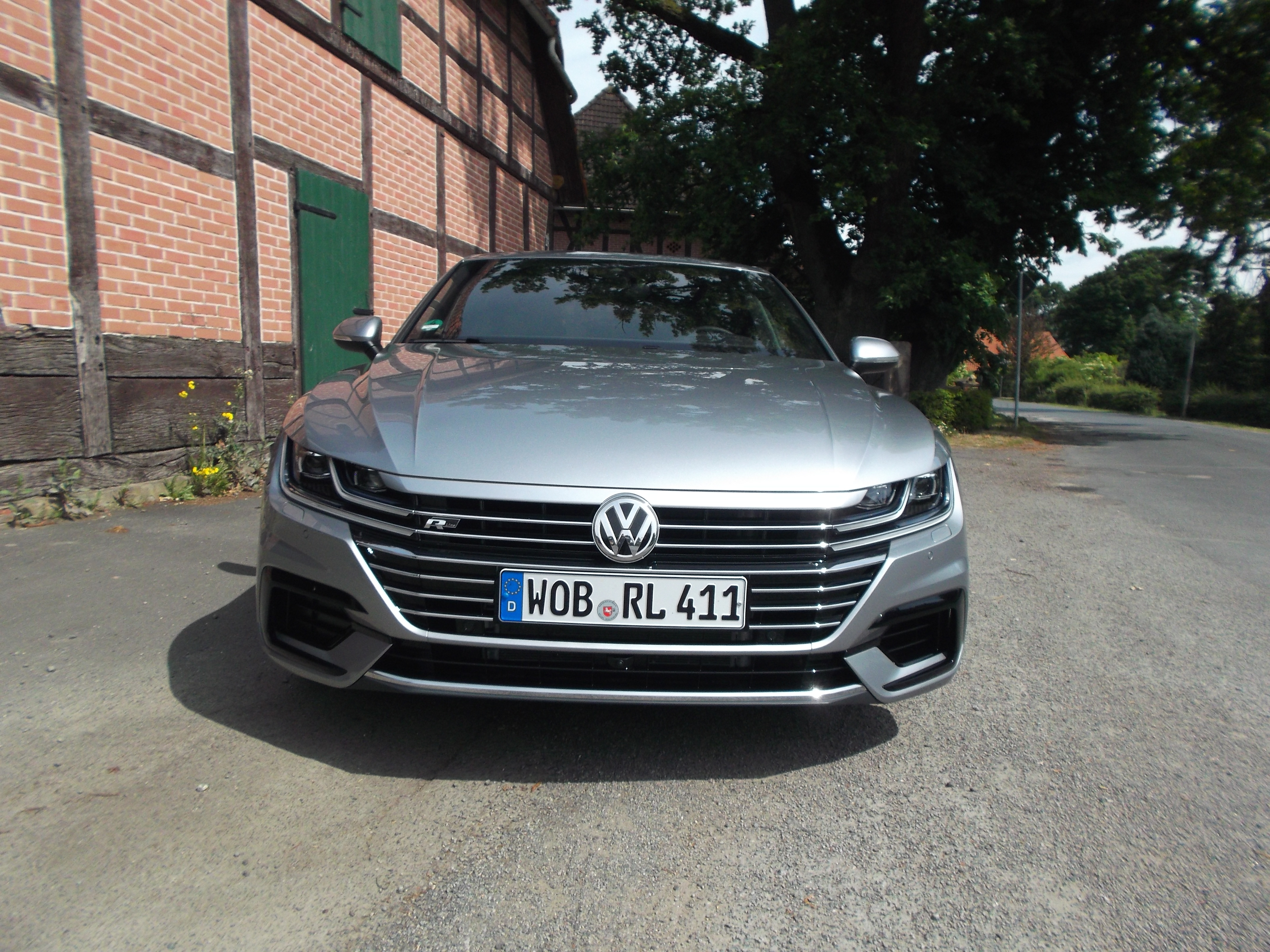 The Arteon is certainly a handsome looking car and looks great from every angle, has loads of interior space but is the car-buying public really wanting this type of vehicle now, or are they just wanting SUV’s, people carriers, vehicles that are just more practical and flexible and who will want a used Arteon when it gets to 3 or 4 years old? It could be a difficult sell that one but then again it could become a very desirable large Volkswagen fastback.

The 2.0 petrol and diesel have 4MOTION four wheel drive as standard, there are two trim levels for the UK, R-Line and Elegance with prices starting from £30,000.00

The Arteon was a real pleasure to drive on German roads, so well put together with excellent fit, finish and materials. It looks a million-dollars, the design is superb and that new large grille gives it a real presence. It drove so well with either petrol or diesel power and the state-of-the-art assistance systems are simply brilliant. I liked every bit of it.