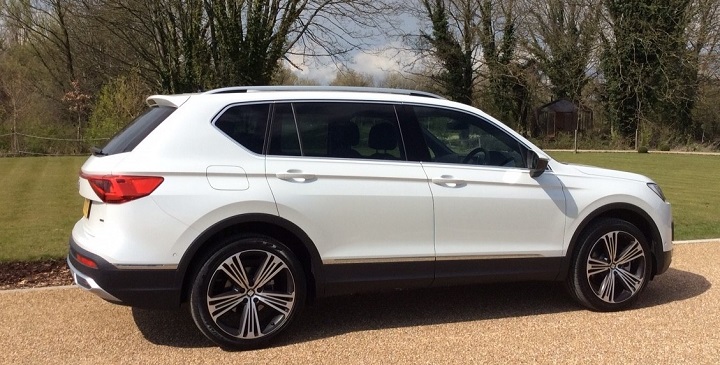 The all-new Tarraco is the big brother to the popular Arona and Ateca, and has seven-seats as standard on all models. Some might say this is the first 7-seater SEAT SUV have introduced, and technically that is true, but SEAT sold the 7-seat Alhambra for many years, but this was classed as a MPV, or People Carrier.

The Tarraco has gone from the sliding rear doors of the Alhambra, to more traditionally opening doors. 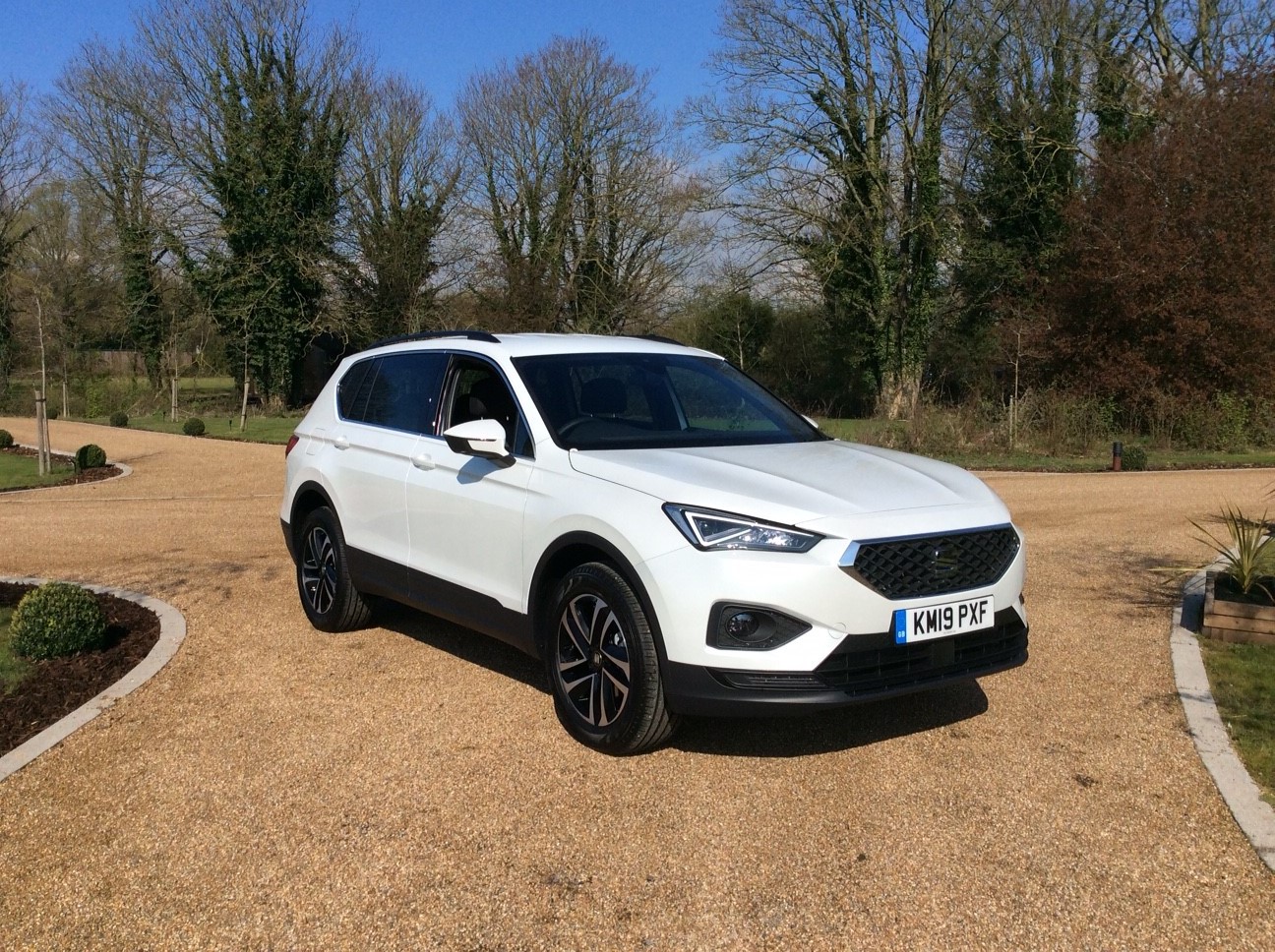 We were based near Windsor for the day, and had a choice of cars to drive, first one was the 2.0TDI 150ps that has a top speed of 126 mph (where permitted) and 0-62mph in 9.8 seconds, not the quickest vehicle, but this is a 7-seat SUV. From Windsor into the leafy lanes of Surrey, via the M25, and this engine proved just how good it is, so quiet, relaxed and more than enough power with its 150ps. SEAT do offer the 2.0TDI with a higher output, 190ps, and this engine is available with 4Drive.

After lunch it was the turn of the 2.0 TSI petrol that produces 190ps, goes from 0-62mph in 8 seconds, this engine is only available with DSG automatic and 4Drive, and what a sweet engine this is, so quiet and refined, and loads of power. The DSG is so quick changing gear, both up and down.

Unfortunately, and probably going to be the best-selling engine, is the 1.5 TSI Evo petrol engine that produces 150ps was not at the event to test. But having driven this engine in various other VW Group products, I can only imagine just how good it will be in the Tarraco. 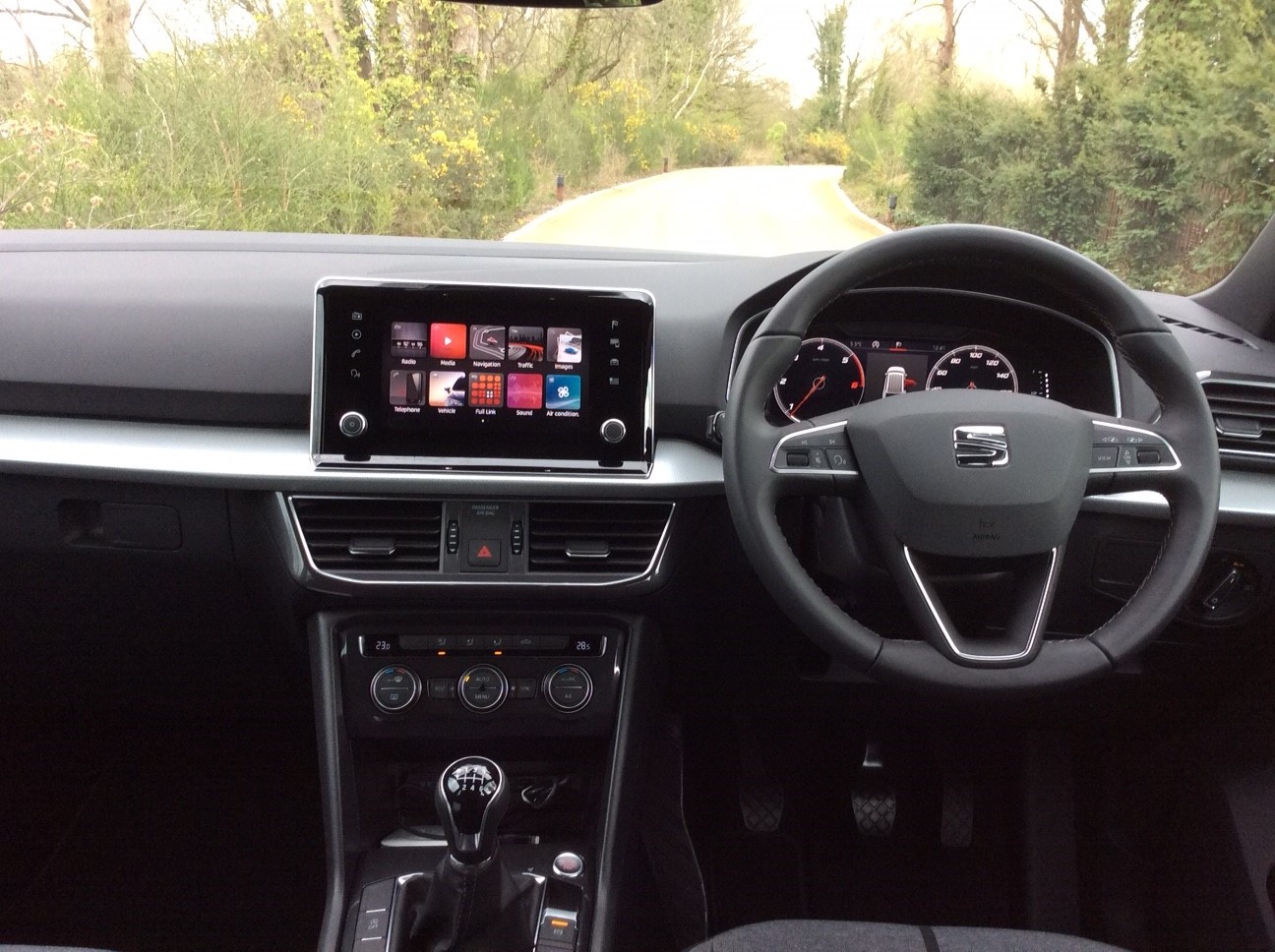 Models available at launch are: SE, SE Technology, XCELLENCE, XCELLENCE LUX. FR and FR Sport will be added to the range at a later date. All models have a 10.25-inch SEAT digital cockpit and 8-inch floating central display.

Tarraco is Latin for the Spanish City Tarragona, and was named following a competition where the public took part in 2018.

The exterior design is bold, and the front end with its large grille is even bolder. Nice, crisp swage lines run from front to rear and the rear end has string features, including the lights.

Although the Tarraco has seven-seats as standard, the third row, which are adequate, are best described as occasional seats, as they are not as large as the middle row, and a long journey for two adults would not be advised, but a couple of small kids would be fine. With the rear seats up the boot volume is 230-litres, and with the seats folded down, this rises to 700-litres. 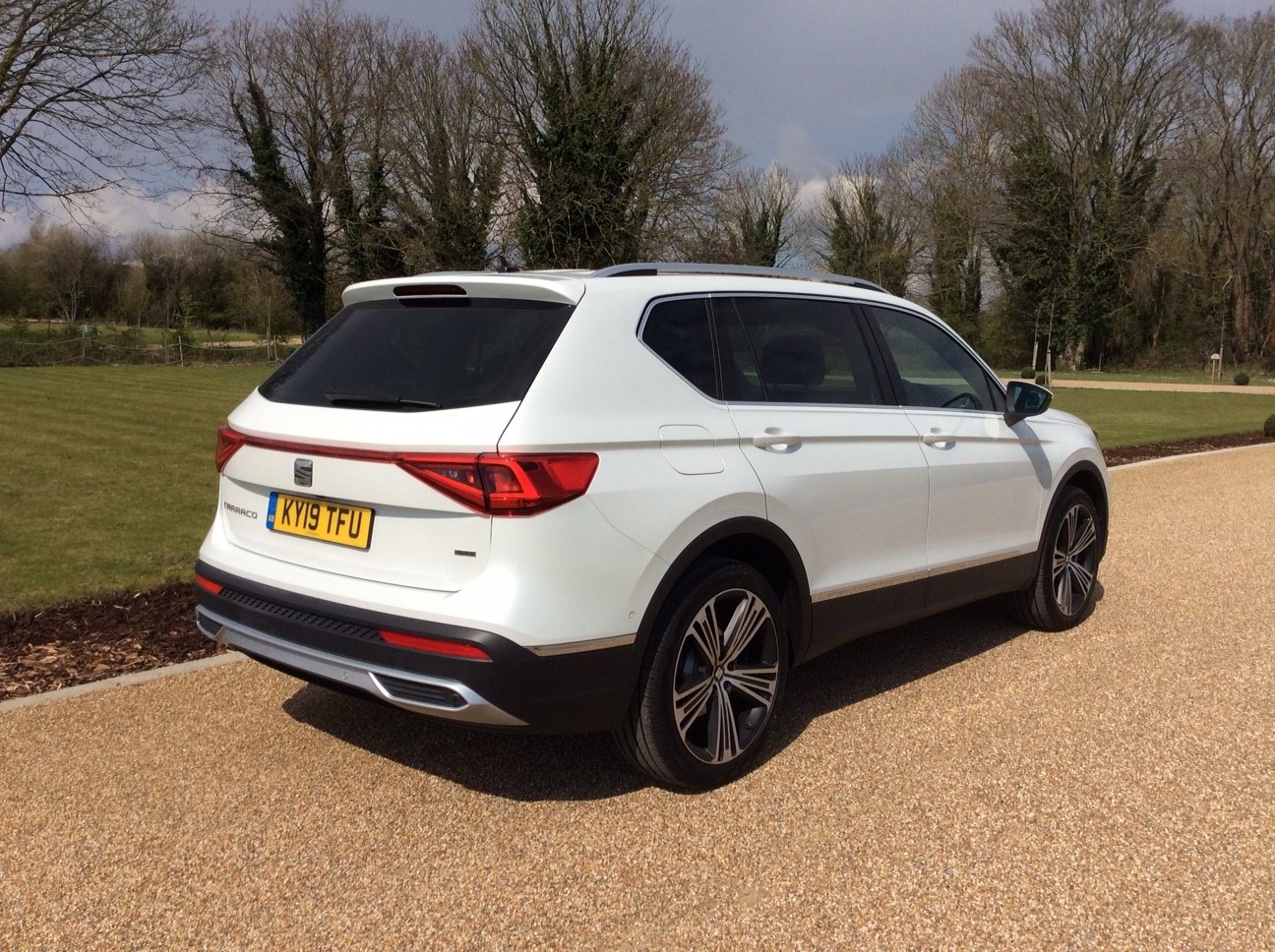 All the switchgear, whether they are buttons, dials or levers are all easy to use, and all in the right place. The systems are also easy to use, and very intuitive, you don’t need to refer to the handbook to work out how to use anything.

SEAT say the main competitors will be KIA Sorento HYUNDAI Santa-Fe, Nissan X-Trail and Renault Koleos, and of course its brothers from Volkswagen and Skoda, the Tiguan Allspace and Kodiaq.

The Tarraco is built at Volkswagens plant in Wolfsburg, Germany.

There is no doubt that this new seven-seater from SEAT will boost sales even further for the company. It drives well, looks great and offers so much versatility, and at a reasonable price too.